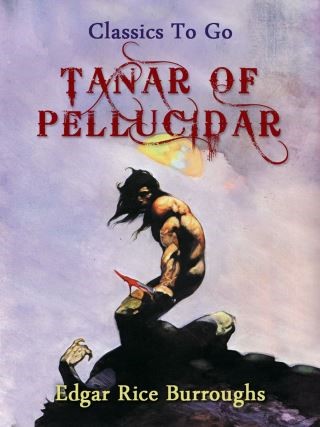 The author’s friend Jason Gridley is experimenting with a new radio frequency he dubs the Gridley Wave, via which he picks up a transmission sent by scientist Abner Perry, from the interior world of Pellucidar at the Earth's core, a realm discovered by the latter and his friend David Innes many years before. There Innes and Perry have established an Empire of Pellucidar, actually a confederation of tribes, and attempted with mixed success to modernise the stone-age natives. Lately things have not gone well, and Innes is currently held captive in an enemy realm. Perry transmits a lengthy account of how this has come about, as reported by Innes's native comrade in arms Tanar, and appeals for aid from the outer world. (Wikipedia)

Edgar Rice Borroughs: Edgar Rice Burroughs (September 1, 1875 – March 19, 1950) was an American writer best known for his creations of the jungle hero Tarzan and the heroic Mars adventurer John Carter, although he produced works in many genres.(Wikipedia)